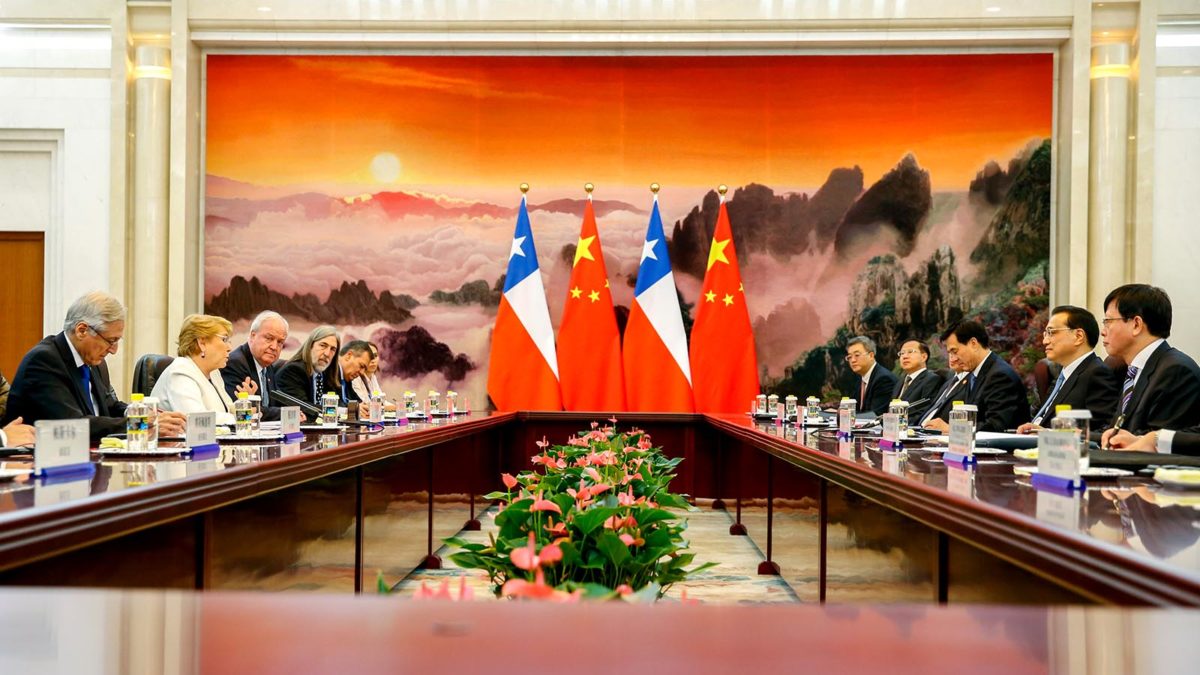 Chilean President Michelle Bachelet meets Chinese Premier Li Keqiang on the sidelines of the Belt and Road Forum in Beijing on May 14, 2017. China touted on Sunday its new Silk Road as "a project of the century" at a summit highlighting its growing leadership on globalisation, but a North Korean missile test threatened to overshadow the event. / AFP PHOTO / POOL / ALY SONG (Photo credit should read ALY SONG/AFP/Getty Images)

Over the past 10 years, Chinese investment in South America has accelerated dramatically, increasing by more than 480 percent between 2008 and 2018, compared to just 89 percent globally. Over half of China’s investments into South America have gone toward infrastructure projects—particularly in energy and transport.

With persistently high savings rates and limited investment opportunities locally, China has become the world’s third largest source of foreign direct investment after the U.S. and Japan. This investment has increasingly found its way to Latin America and the Caribbean (LAC) ever since 2008, when the Chinese government launched its first-ever policy paper on the LAC region.